Charlotte works for Citizens UK as a Senior Community Organiser. She builds power across the British Jewish community – from Liberal to Orthodox – to take action on issues of social justice and develop relationships across lines of race, religion and class. Charlotte also co-ordinates the national campaign to make misogyny a hate crime and is a Co-Founder of Love & Power, a feminist organisation which supports women to take action on the issues that matter to them.

Charlotte read History and Politics at Balliol College, Oxford, after which she studied Arabic in Damascus. Her career started in Geneva working in political mediation before changing track to work in conflict history in Cyprus, Spain, Northern Ireland and South Africa. A dual national, she spent two years in South Africa, co-authoring a book on the history of South African education and as the executive director of the South African Religious Action Centre, where she refuted a ban placed on Jewish women singing.

In 2014 Charlotte won the Annemarie Schimmel Award at the Muslim News Awards for her work with synagogues and the Somali Bravanese Welfare Association after their building was burnt down in an arson attack, and in 2015 she was ranked 28 in the Jewish News ’40 Jews under 40′. 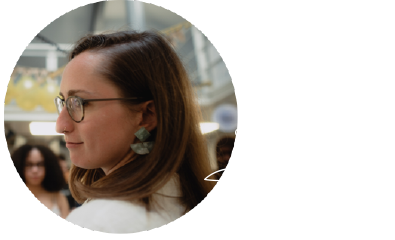 Pronoun: She or they

Amelia is the Founder and CEO of The Advocacy Academy, a youth organising movement working to unleash the power of young people to create a more fair, just, and equal world. She is a professional anti-oppression trainer and learning designer.

Amelia read History at Pembroke College, Cambridge. After graduating, she worked as a Legislative Assistant for a Jewish activist movement in Washington DC, specialising in civil rights, LGBT equality, immigration, criminal justice and gun control. Upon returning to the UK, Amelia spent two years as a Parliamentary Researcher in the House of Commons before founding The Advocacy Academy.  Amelia is a Clore Fellow, an alumnus of the School for Social Entrepreneurs, and a former Trustee of Liberal Judaism.

L’Taken means to repair in Hebrew. It appears in one of Judaism’s most important principles, tikkun olam , meaning to repair the world.

We see this work as an act of love for our community and an offering to the struggle for collective liberation.

“I found a fruitful world because my ancestors planted it for me. Likewise, I am planting this carob tree for my descendants.”

This design of this website has been inspired by the story of Honi the sage.